The article was initially published by Chris Bournea in Columbus Business First.

Partnering with a local supply-chain and distribution company has enabled a small, family-run business to expand its national reach and increase annual production by 600 percent.

Project Aloha sprang from humble beginnings in 2011 when the Columbus-based husband-and-wife team Michael and Angie Paz decided to start a T-shirt business to pay homage to Michael’s Hawaiian heritage.

“About five years ago, my husband lost his job and he decided he wanted to start something fun and something positive,” Angie said.

“I wanted to create a new Aloha-themed graphic every day,” said Paz, who previously was a graphic designer at American Eagle Outfitters. “Designs with the most ‘likes’ will be turned into T-shirts.”

Michael, who grew up in Hawaii, continued to update the Project Aloha Facebook page with new designs after he found another job in the apparel industry and Angie, a Michigan native, continued to work in the footwear industry.

Word of mouth spread and potential customers began requesting T-shirts with the graphics Michael designed. Retail stores eventually began carrying the shirts, which have become so popular that they are now sold in 42 stories in Hawaii and online.

By 2015, the Pazes had a problem most entrepreneurs would envy: Project Aloha was taking off so well that they couldn’t work fast enough to fill orders. Their production cycle involves multiple steps: sewing in labels and attaching tags to T-shirts, sorting, folding and bagging for shipment.

The couple, who have four children ranging in age from 8 to 19, originally had started out doing everything themselves, working out of their basement. Even after hiring a seamstress to help out, they couldn’t keep up with the demand.

“It got to the point where it was taking three and four weeks to sew the labels into our shirts,” Angie said.Recognizing that they needed help for their business to continue to grow, the Pazes reached out to Dismas Distribution Services to create customized supply-chain services that streamlined their production cycle.

After printing, all Project Aloha T-shirts are transported directly to Dismas’ 60,000-square-foot facility in east Columbus, where seamstresses and warehouse staff apply tickets and tags and sort, fold and prepare each T-shirt for shipping.

“It was a big step, but we needed to make that leap to be able to get to the next level and be able to service our stores better,” Angie said. “Our orders were doubling, tripling, quadrupling each year.”

By working with Dismas, Project Aloha’s production cycle went from a three-week process to 48 hours from printing to shipment, Angie said, enabling Project Aloha to fulfill special orders and quick turnaround jobs. A major advantage to working with Dismas, she said, is the company is locally owned and operated and is able to accommodate their shipments, no matter how large or small.

“Dismas said, ‘We don’t care what your volume is,’ ” she said. “It was a game-changer for our business.”

The fact that Project Aloha is a family-owned, up-and-coming business appealed to Dismas, said Bob Parsons, the company’s managing partner and CEO.

“They’re in that niche of emerging businesses that I kind of like,” he said. “It’s been a beautiful story for them.”

Both Project Aloha and Dismas are growing enterprises. Project Aloha produced nearly 50,000 T-shirts and generated nearly $1 million in revenue in 2015. Its clothes can be found in international stores including Urban Outfitters and Tommy Bahama.

“It has everything to do with logistics – Rickenbacker airport,” he said. “Customs is right here and we’re within eight hours of 50 percent of the country.”

After Parsons purchased Dismas in 2010 following work as a human resources consultant and as an administrator at the nonprofit Communities in Schools foundation, he began making expansion plans. Dismas is in the third year of a strategic plan and now has 48 full-time employees, 30 part-time employees and hires seasonal employees during the holidays and to complete large projects.

“With my background, I had a ton of business connections already. I had a lot of connections in the retail world,” said Parsons, a Columbus native. “We already had in place a really good operations manager who knew the production, how to do it all.”

Helping small companies like Project Aloha to grow is a key stitch in the tapestry of Dismas’ corporate philosophy, Parsons said.

“We were there to help them through the way,” he said. “They were great designers of T-shirts, but when they started getting the big orders, that’s where we stepped in.”

Chris Bournea is a freelance writer. 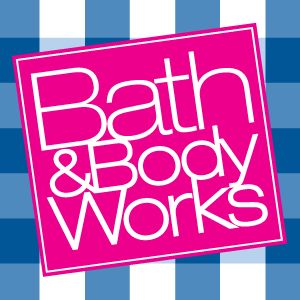